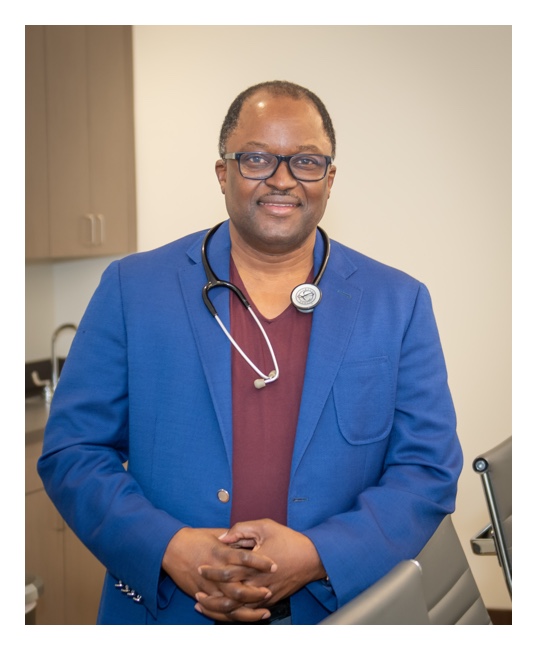 Dr. Osiyemi is the Founder, CEO, and President of Triple O Medical Services and Triple O Research Institute, PA. Dr. Osiyemi was born in Nigeria and moved to the United States in December 1981. In May 1985, Dr. Osiyemi completed a Bachelor of Science degree in both Chemistry and Mathematics from Jacksonville State University in Jacksonville, Alabama. He then served 3 years in the U.S. Army, where he worked on the development of vaccines against rickettsia diseases. Upon completing his military tour, he attended medical school at the University of Maryland at Baltimore in Baltimore, Maryland. This was followed by 3 years of residency training in Internal Medicine and 2 years of fellowship training in Infectious Disease at the University of Miami /Jackson Memorial Hospital in Miami, Florida. Additionally, he spent a year performing Infectious Disease consultations at the Cleveland Clinic in Fort Lauderdale, Florida.

Dr. Osiyemi moved to West Palm Beach, Florida in 2000. Over the years, he has participated in both basic and clinical research and in 2006, he established Triple O Research Institute, PA. Some of his research interests include new therapeutic agents in the field of HIV, hepatitis, diabetic foot infections and new indications for FDA approved drugs.

Dr. Osiyemi currently serves as the Section Chief of Infectious Disease at St. Mary’s Medical Center and Good Samaritan Medical Center. He serves on the Governing Board at St. Mary’s Medical Center. He has also served on the Medical Executive Committee (MEC) of several hospitals. His experience also includes serving as the Director for the Division of Medicine at St. Mary’s Medical Center. He currently serves as a clinical assistant professor at both Nova Southeastern University School of Medicine and Kansas City University of Medicine & Biosciences. He is committed to teaching and serves as a clinical preceptor for nurse practitioners, medical residents, and students from the University of Miami and Nova Southeastern University. He is very active in various community programs, especially ones that address health disparity in minority populations. He also held other leadership positions over the years; such as President of T Leroy Jefferson Medical Society representing minority physicians in Palm Beach County from 2004 to 2006 and treasurer from 2002 to 2004. He has published several papers in peer review journals.